Thrilling title, I know. :p . I walked today.  It was overcast so it wasn't too hot and that was nice.  I don't mind walking so much when it isn't scoring hot.  I got my walk in and came home and relaxed until lunch time.  I fixed lunch and called a friend. I wanted to go to her house and drop off something and then run some errands.  She wasn't home, so I went waited and did some things here.  When she got home, I went up there and was going to do what I needed to do up there and then do my errands.  Well, that didn't happen! I got there and she got me to ride with her somewhere. I did and then we ran back by her house to get her son to take him by McDonald's to get some food.  We did that and then went back to her house. I had to see all the animals, so I did that and then did what I needed to do. After that, I ended up staying a lot longer than I had planned.  My hubby and I discussed books.  He gave me those first three books that I read recently so we were talking about those and serial killers and true crime.  It was a good time. lol

After I left there, I came home and relaxed a few minutes before fixing some dinner.  I did that and watched a couple of episodes of Crime Stories.  I just finished those and did my French.  I have charged my Fitbit and now I'm going to do some more notes and prep work for Nano.

Oh! Cassey Ho, also know online as Blogilates got married today to her long time boyfriend. ^_^ Her brand Popflex Active sent all the people registered at the site a gift card today to celebrate the wedding. I ordered a cool shirt!  It's a black t-shirt with Pop Pilates on it.  I love it! ^_^ . It was $22 and I had the $10 gift cards.  Yay!

Yes.  I decided to make a layout change today.  I think it looks pretty nice.  I'm always wanting to change everything.  I hope to keep this one for a bit.  I like the colorful macaroons.  I wish I could just customize it a bit more.

I had two letters in my mailbox today!  One was from a regular pal, and one was from one that I mailed a letter to last month hoping to be pals.  She wrote back and does want to be pals! Yay!  She is from Spain and her handwriting is so pretty.  I feel bad about how bad my handwriting is.  I'll just have to decorate her envelopes to make up for it! :)  It was cool to have mail today.  I will probably sit down and write letters either tonight or tomorrow.

When I go to Starbucks to write my letters, I've been using an old messenger bag.  I have wanted to get a new messenger bag for ages, so I started looking for one.  I figured it would be my go to bag.  It's also to be my 'pen pal' bag.  I found one in military green on Amazon that I loved.  I almost bought it in Khaki, but I love that military green  color so much, I couldn't resist.  I also ordered three patches while ordering it.  I am going to have a cool bag with iron on patches.

I got the idea of patches from my membership at the Letter Writer's Alliance. (LWA)  In the membership kit, they send a cute little patch with LWA on it.  I thought it would be cool to put it on a bag.  Then, after finding the perfect bag, I ordered a few more patches.  From Amazon, I ordered a Zombie response team patch, a Starbucks patch, and a patch of Finn and Jake from Adventure Time! :)  I also ordered a larger LWA patch from LWA.  I can't wait to get my bag and patches and plan how I'm going to place them.

I have an old Air Force jacket of my Uncle's that my aunt gave me several years ago.  She was just going to toss it! NO!  I said, I would love to have it.  I may take some of the patches off of it and add it to the bag.  I think that would be cool and it would be a nice tribute to my uncle.  He passed in 2003, two years after his sister, my mother, died.

I have been thinking if I had anymore patches.  I realized I had one of an Afro Ken.  Afro Ken is a character by San-X out of Japan.  I have several stuffed Afro Kens and a mug with them on it too.  The patch is small, but it's cute so it's going on the bag too.  Now I just need something Blogilates!  I have a cloth 'tag / patch' in my jacket I ordered.  I make carefully take it out of my jacket and add it to the bag.

Yes, I will take lots of pictures of the bag when I get it and when I put all the goodies on it.  I can't wait.  It's pretty big, so it will hold all my pen pal stuff for taking with me.  Also, it will make a great travel bag/overnight bag/goodie bag.

Go check out Blogilates.com!  You'll be glad you did! :)

I forgot to mention in the last post that I made an order from OGorgeous.com  I really want a pair of leggings from her new line.  Hopefully I can order some of those next month.  This month I got a pair of booty shorts (for workouts only), a cute Popster necklace and the tank I've been wanting ever since she first introduced it,  "I don't squat. I Plie."  :D  I love it!

I really hope to buy a pair of her Pointe leggings in periwinkle next month.  I almost bought the long sleeve version of I don't squat... but it will be warm here before too much longer. I can't wait to get my new goodies.  I've never had booty shorts, I probably won't be modelling them for Insta. :P

So, the year is off to a good start.  I got in a nice dry walk. lol It was overcast but there was no rain  The sun even tried to peep out a couple of times.  I got home and did the stretches on the calendar.  Friday's are 'rest' days.  Usually a couple of stretch videos and a healthy food vid.  I did these and enjoyed them.  My legs haven't stretched that much in a while. :p I also did the day one of the #30daywaisttrainer challenge.  I am thinking of doing the Call me Maybe squat challenge after posting this.  I love that one and it's fun. I started using my #blogilatesfitplanner2016 today and I love it!  It's so pretty. I'm using a purple fine point sharpie and it looks nice.  I have to work on my inspiration board.  I've already started that.  I think I'll get off here, do the squat challenge and work on my inspiration page.  Then, at eight, I get to have dinner. Yay!

I shouldn't have eaten all that food today.  UGH I feel so icky.  I had leftovers that my sister brought me and I ate leftovers at a friend's house.  I ate way too much.  I will get right back on track tomorrow.  Thankfully all this crazy holiday stuff is over.  No more over indulgence!

I got in a good walk today.  I was overcast again, but no rain.  It did mist for a few minutes which only got my head and glasses wet!  I got home and did four of today's workouts.  I ate too much lunch and did the other two.

I need about 23432423 gallons of water to flush all this crazy food from my system, but right now, I couldn't swallow anything else.  Yikes! lol I see that in January, Cassey is having a #30daywaisttrainer challenge.  I am ready!  I love when she has 30 day challenges to go with the workout calendar.  I've printed mine out and I'm ready to go.  I also can't wait to use my #blogilatesfitplanner2016.  Here is to 2016!

I did a little Flipagram of these and put them on Insta. 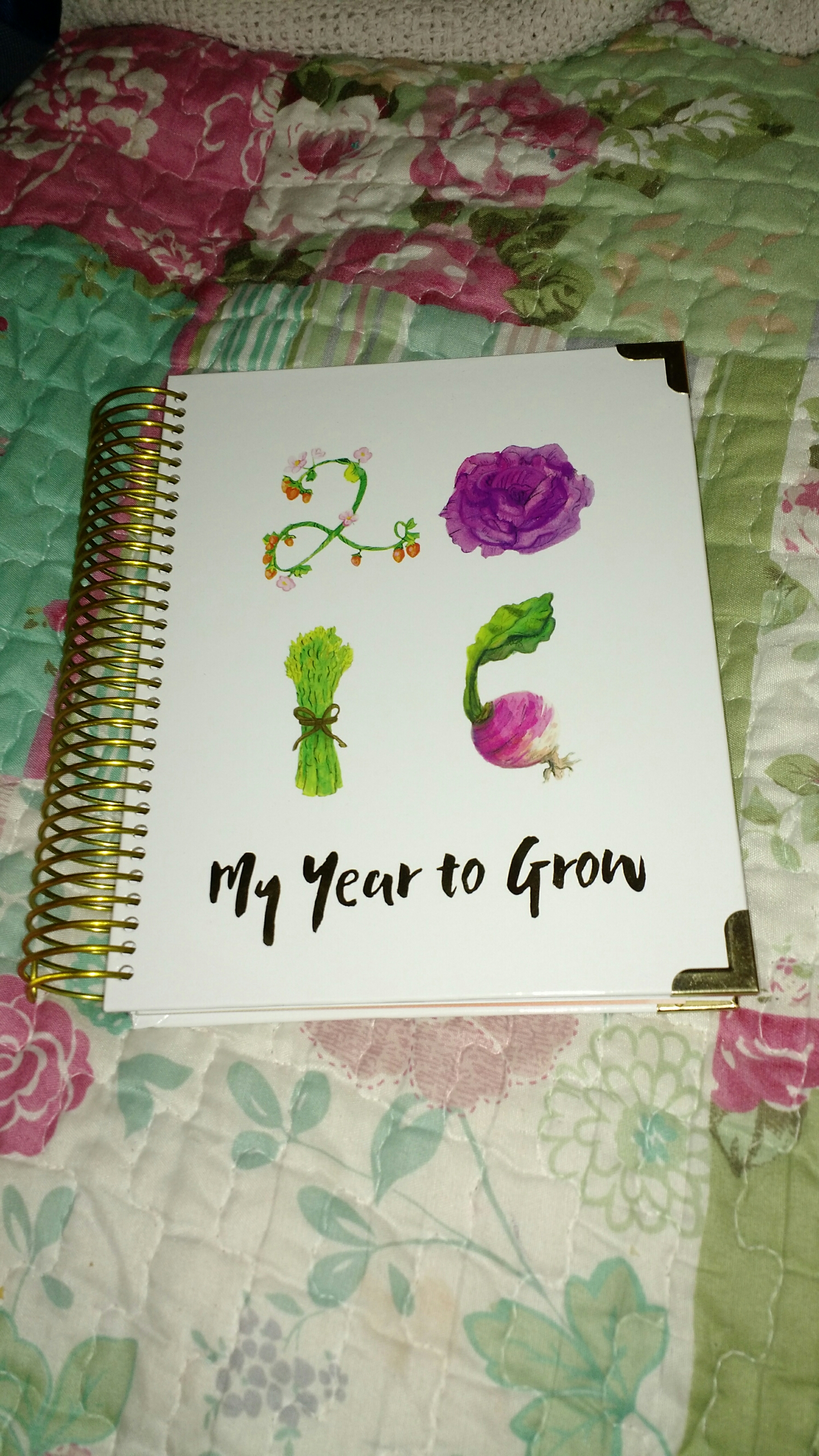 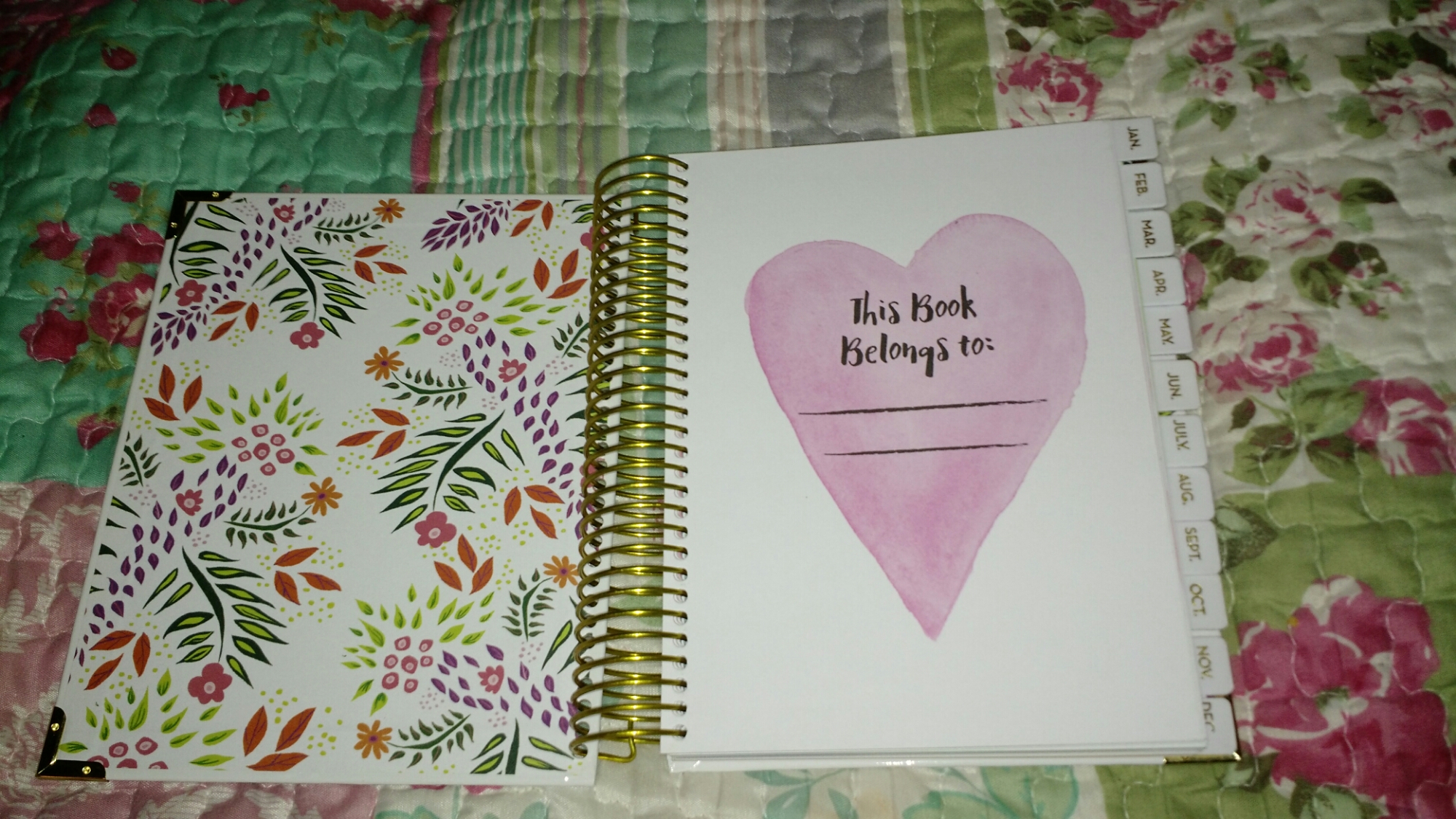 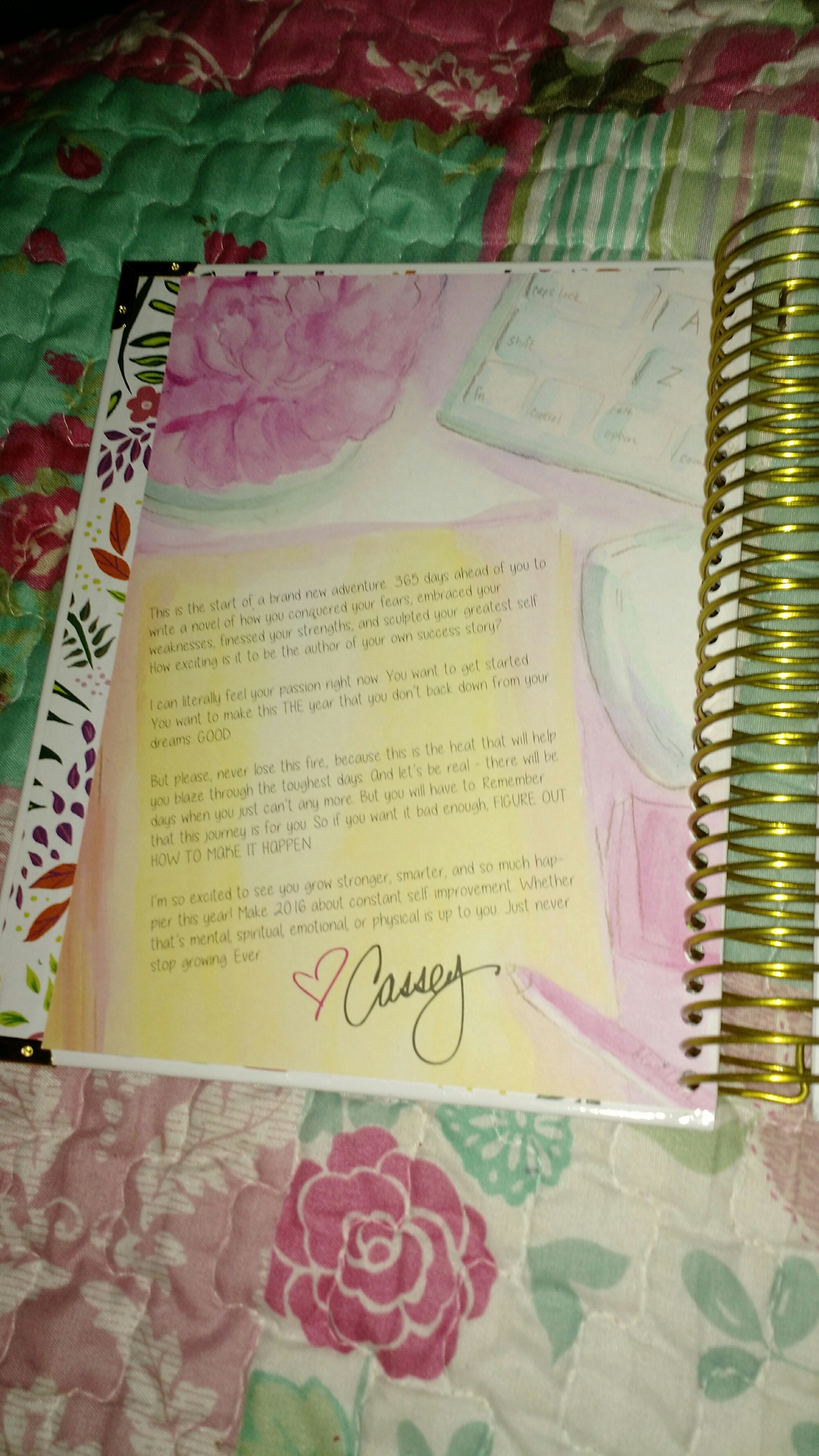 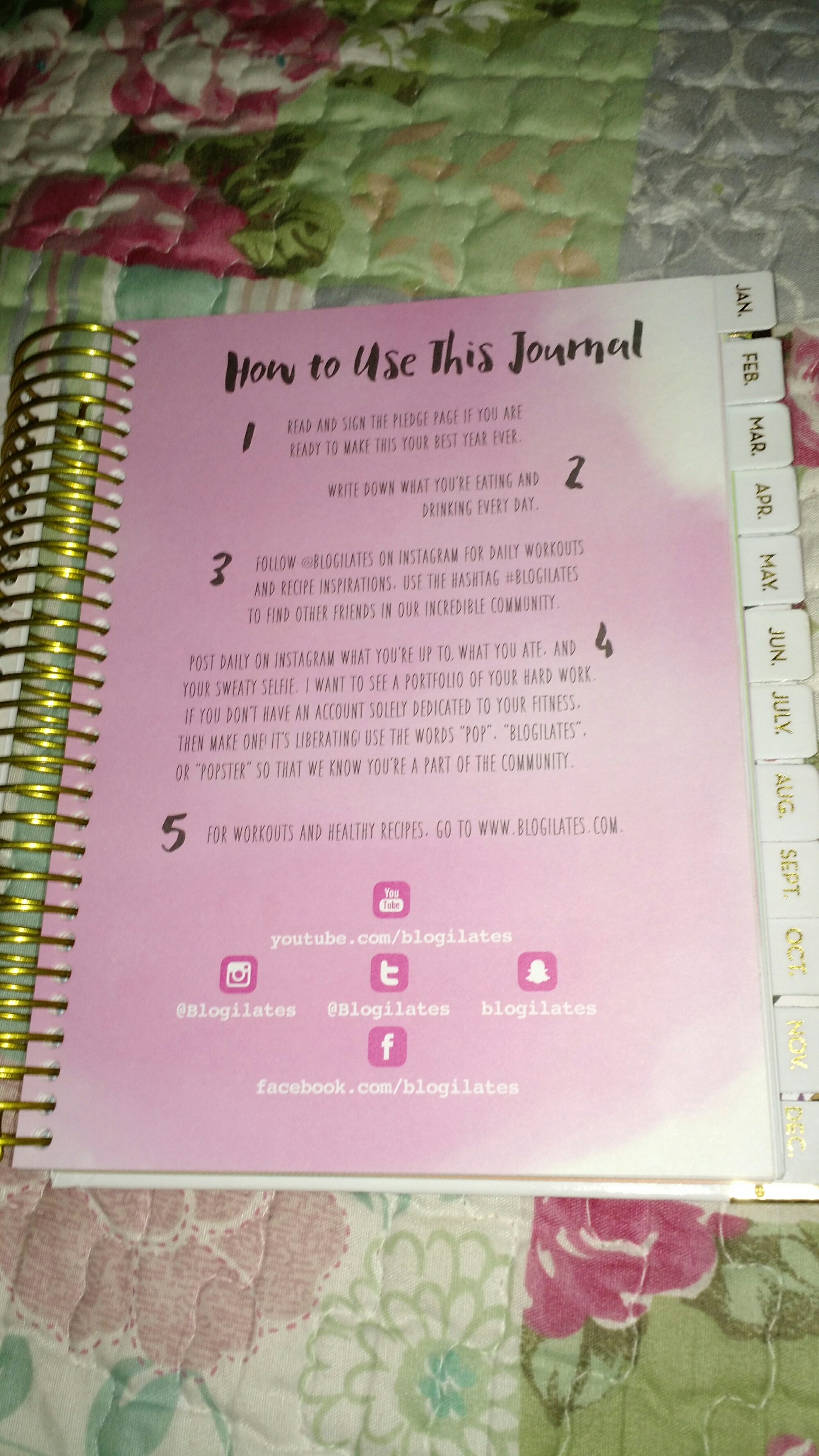 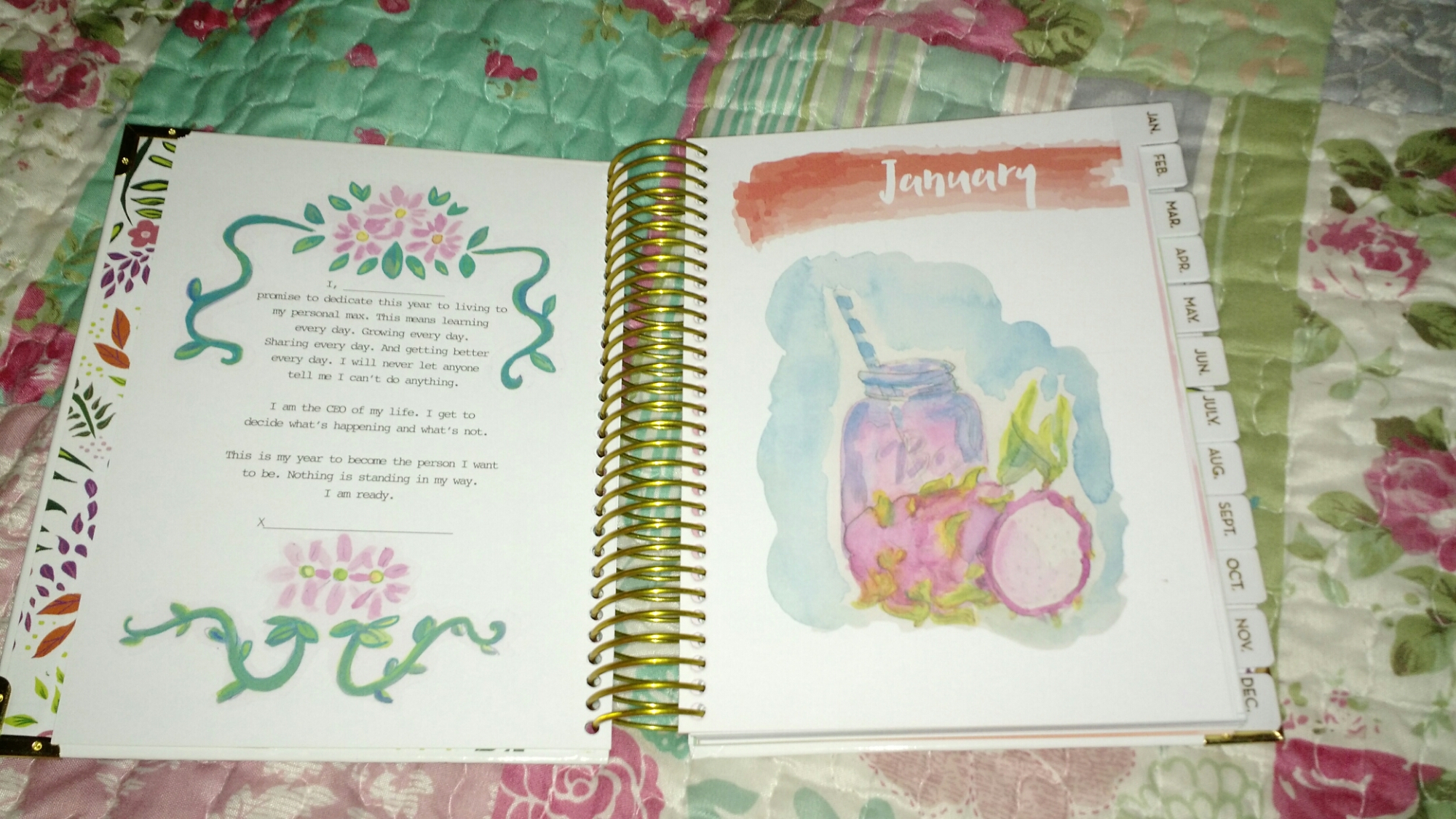 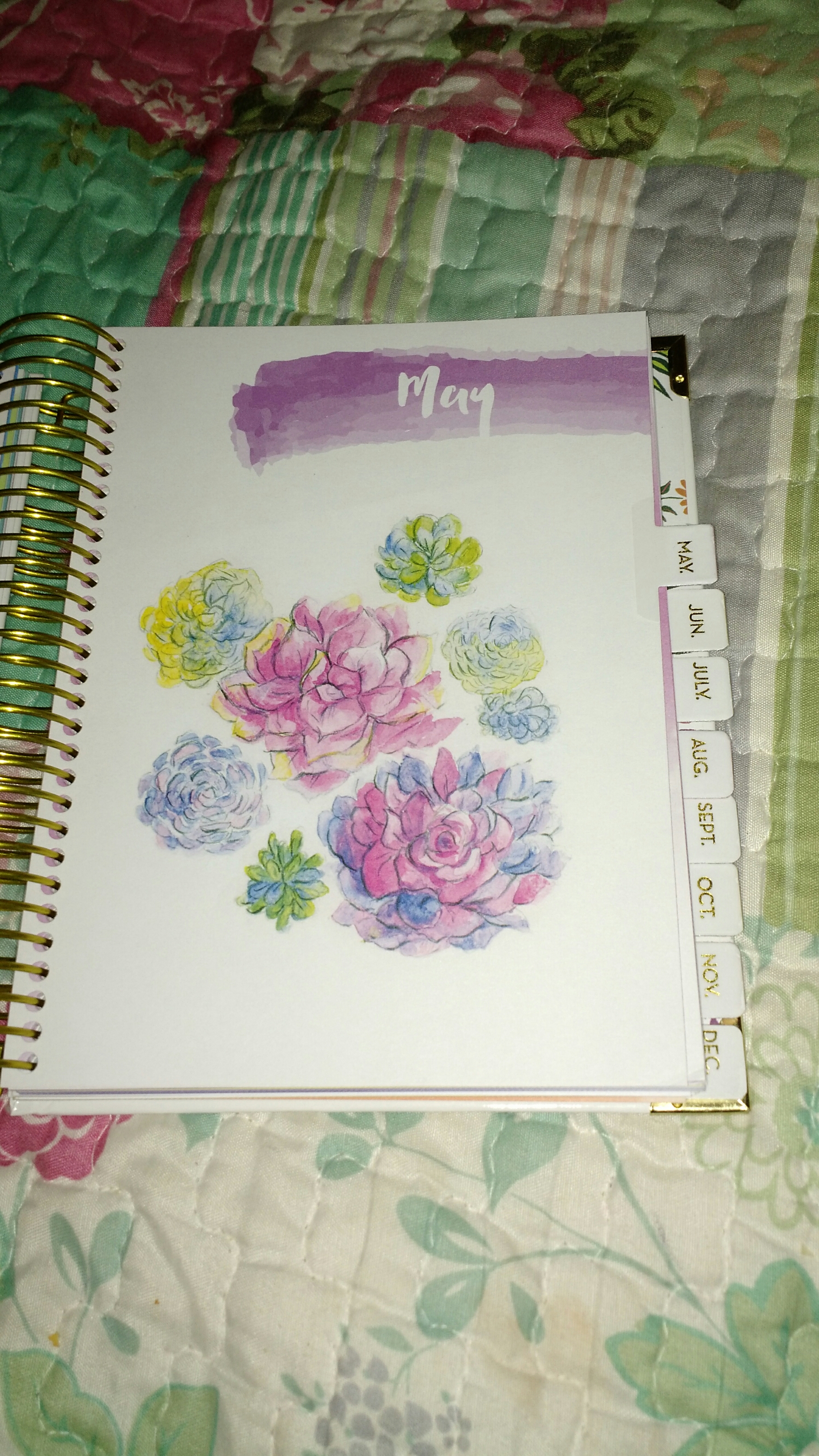 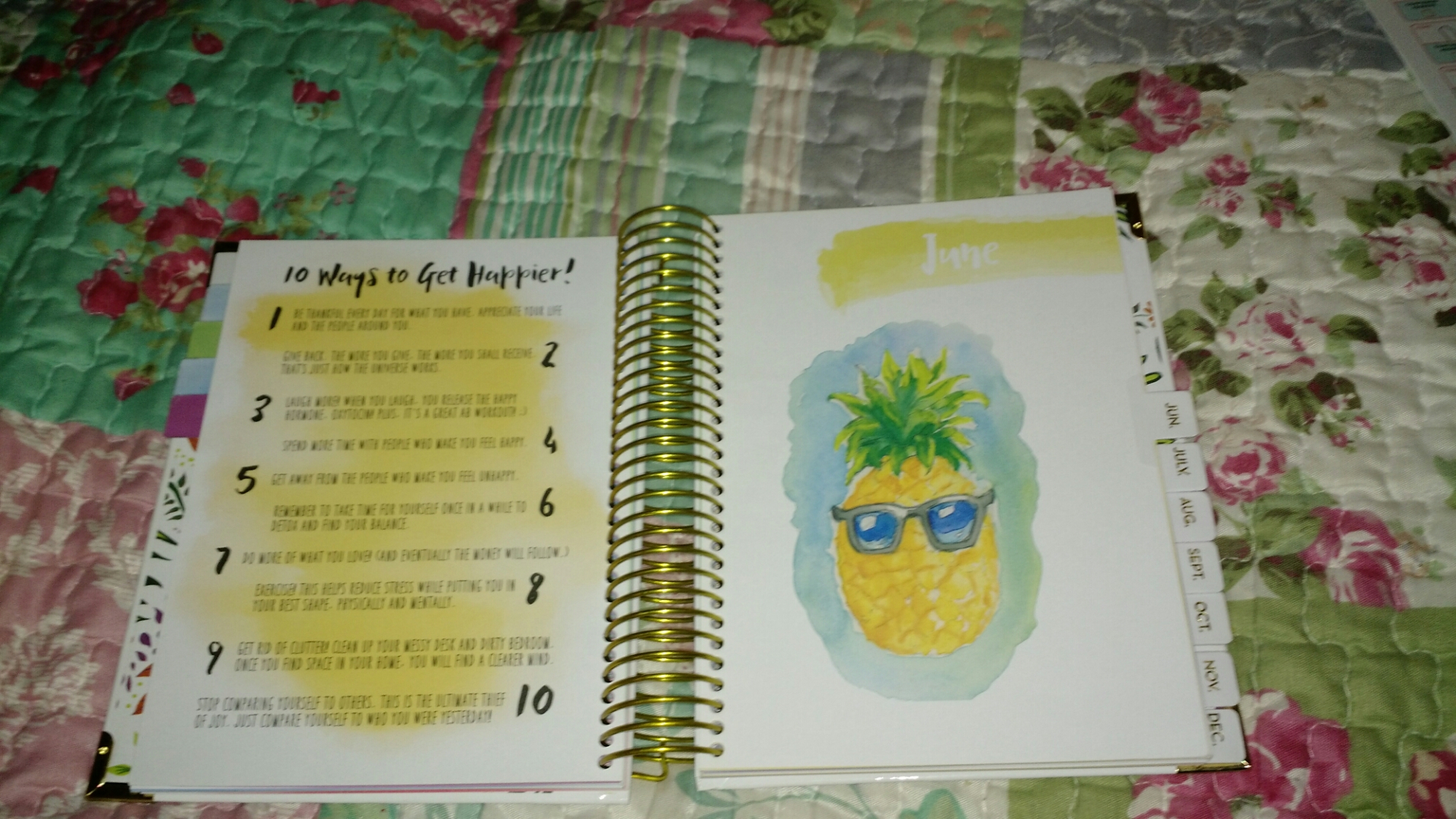 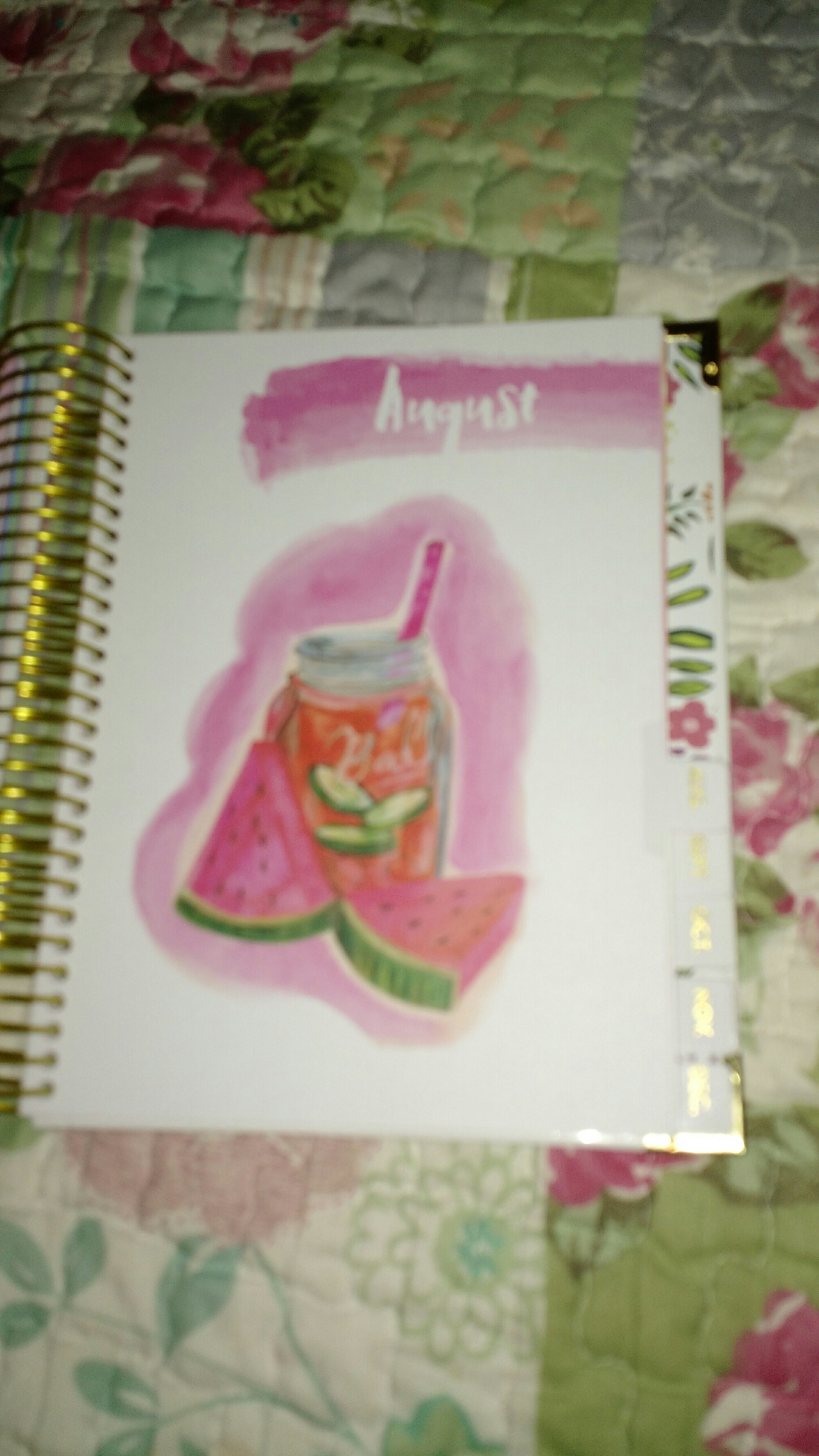 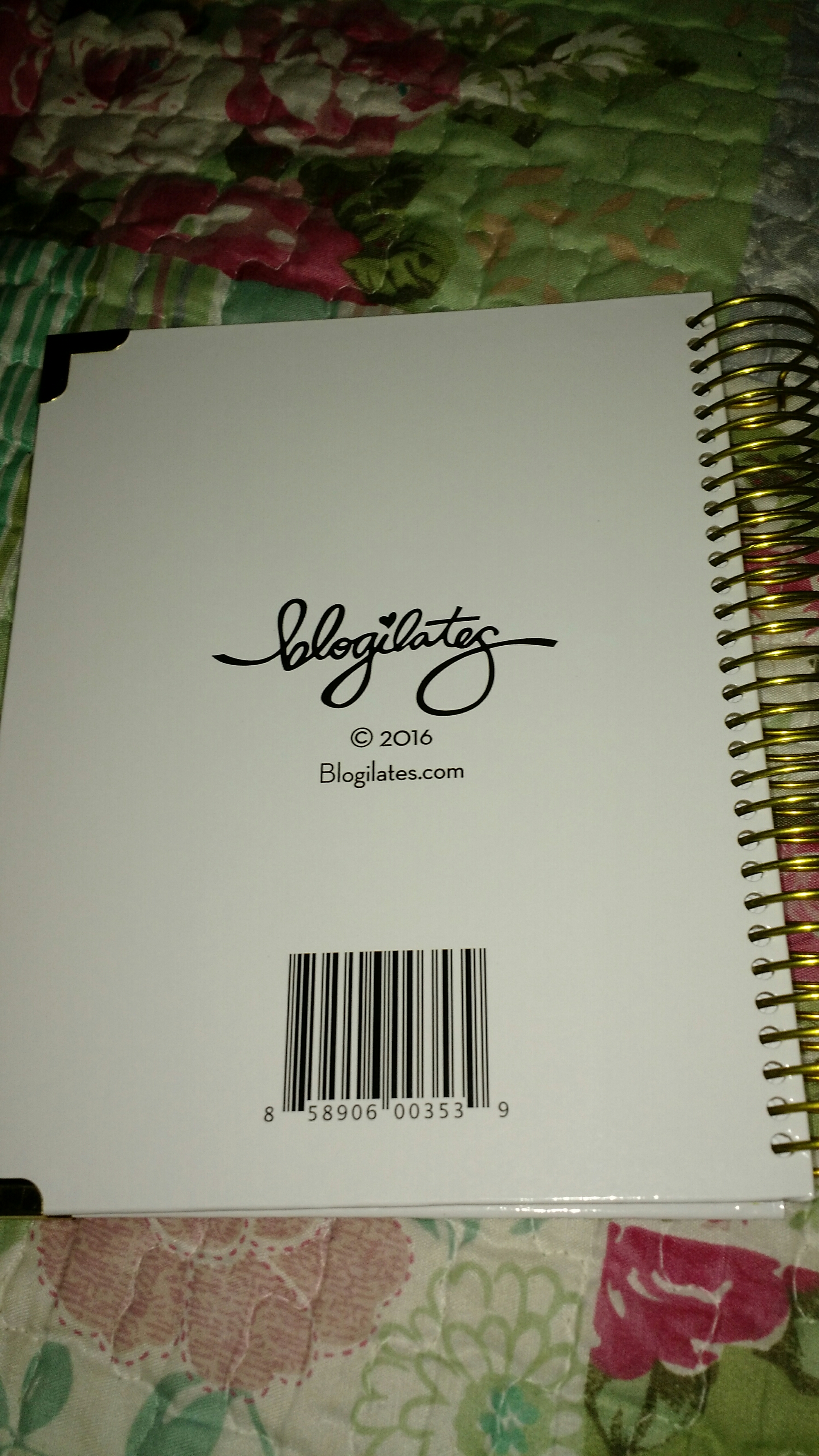 Today was insane.  I got an early start to my walk.  I got home from it and did the #Snowbunnyblast Hiit routine on today's calendar.  I may or may not have been able to move much after this.  I had incentive though!  The mail had arrived and I received my #blogilatesfitplanner2016.  It came in today's and mail and it's even more beautiful that I thought it would be.  It's full of beautiful pastel colors.  I absolutely love it.  I can't wait to start using it in 2016.  I have loved my 2015 one, but this one is so much prettier.  It's just sooo nice.  I will do a picture post next of some of the pages.  This beauty is my gift to myself for the Yule season.

I got in my walk today and then came home and did my workouts.  It was ab day. OUCH!  I did every one of them though.  Ialso ordered this beauty: 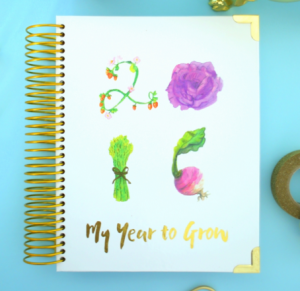 It's the new #Blogilatesfitplanner2016  It's even prettier than last years fit planner and that is saying something! I can't wait to get it.  It's my one indulgence for the year.  I will use this beauty every single day.  I want to see it in person. The 2015 one was great and It helped a lot.  Yes, I use apps too, but with a paper planner, you can go back to any day or date quickly.  I love being able to go back and see how far I've come. If you want to order your own, go here: Shop Blogilates 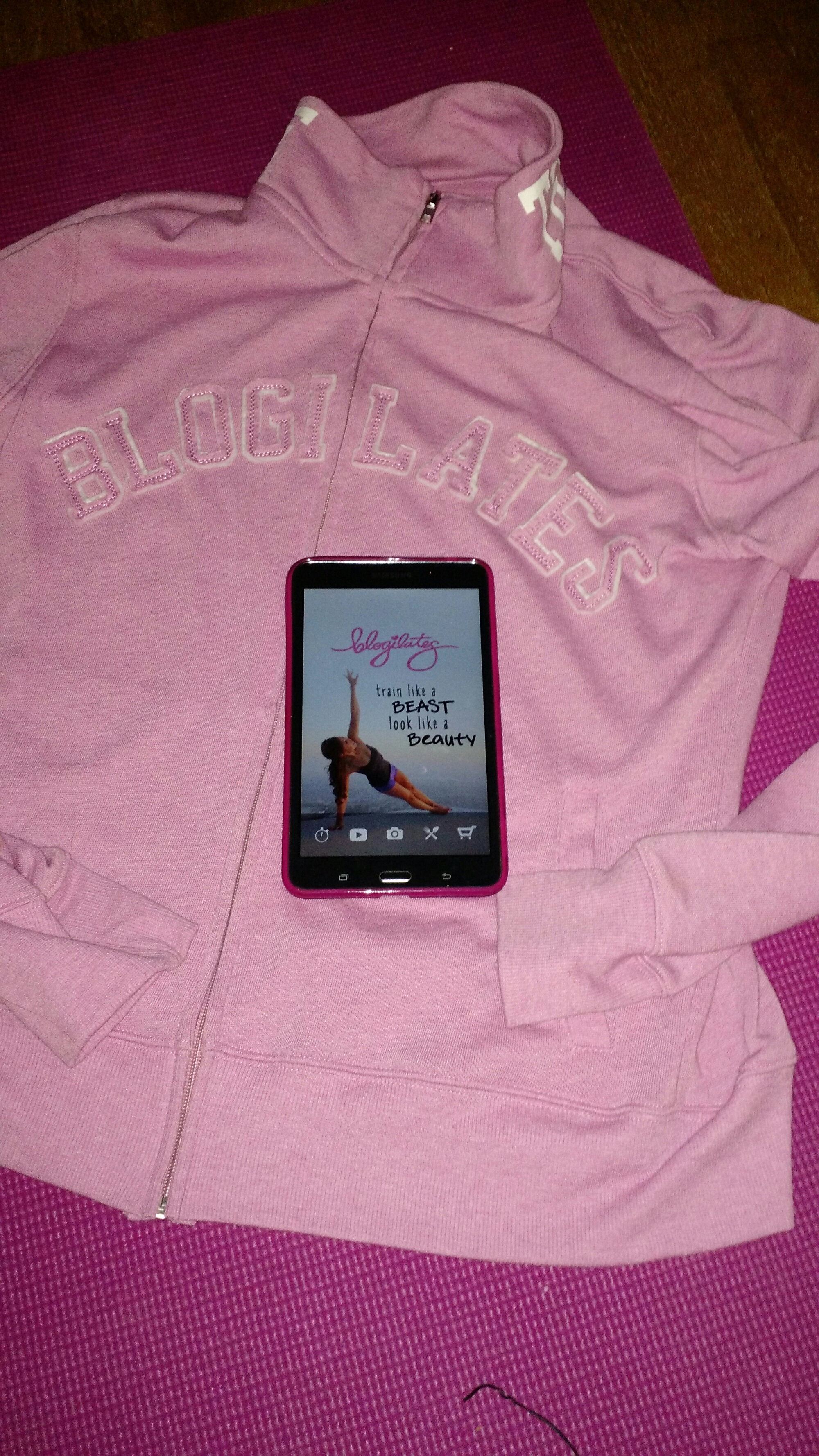