NaNoWriMo Day One is a Go!

This is my area before I started writing earlier: 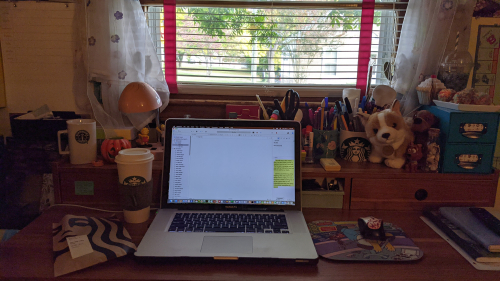 As you can see, I went to Starbucks! :P I got a venti flat white and a chocolate chip cookie for inspiration.  I have written my first 1750 words and it feel great! A good start to this year's NaNoWriMo! Yes, it's all backed up in Evernote!

Sorry about no afternoon post.  We went out for a bit.  We went to three Goodwill stores that we had already been to.  I got stuff in two of the three. :P My friend went to a pawn shop he'd visited already and come out with a camera. It was for ME! YAY!!!!!!!!!!!!!!!!!!  It was too late for me to really have fun with it outside tonight, but I'll share some pictures tomorrow.  I have a couple from the parking lot but nothing spectacular.  :P

I do have a few random pictures I took on my phone while we were out.  Enjoy and I'll see you tomorrow! 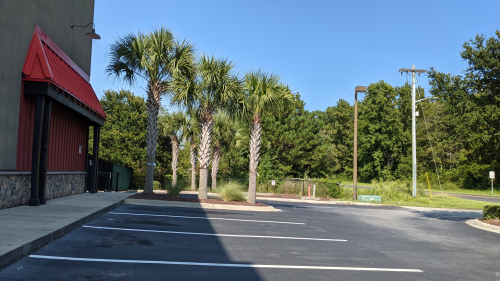 Trees outside of one of the pawn shops 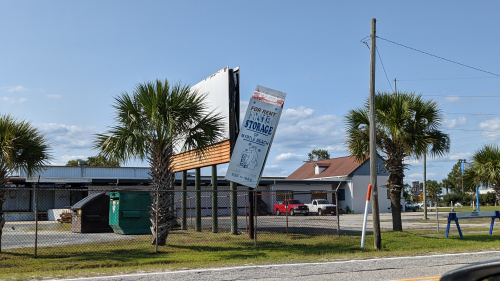 Inside the Starbucks at Murrell's Inlet, I got a Flat white and a gorgeous water bottle. I"m hoping by buying a water bottle, it will encourage me to start working out / walking again!

Starbucks on a Sunday

I've used that as a title before. :p  So, it's the first of the month. I went to Starbucks. I got a tall flat white and it was pretty damn delicious.  Our local Starbucks is out of a lot of things.  I was trying to figure out what to get before I went. I settled on the flat white. It was very good!  I got to start in the monthly digital planner and it's so nice.  I also bought seven digital sticker sets from DPCDigitals! :) I have put a bunch of them in GoodNotes but I have more to go.  I'm really liking the digital planner I got from them.  I am pretty sure I'm getting one of their dated 2022 planners.  I think I'm going totally digital for 2022. I can even make a digital bullet journal. That will be fun! 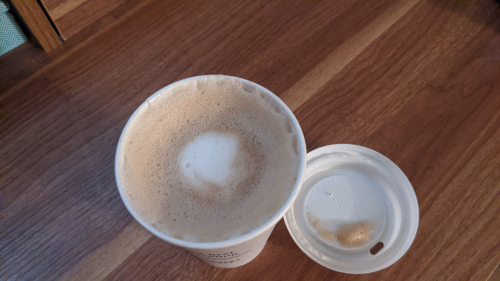 Doesn't that look delicious? So much foamy goodness.

I meant to post last night. I wanted to tell you about the crazy experience I had yesterday at Starbucks.  So, I go over there and the drive-thru line is literally wrapped around the building  This building has two other restaurants in it.  The end of the line was where the start of the line was.  I thought, phooey on this, I'll go in.  So, I park, not in the best place, and go to head in and see a sandwich board outside.  The inside is closed currently and it's drive-thru only. D'OH  So I go back to my car and get out of my space.  That took some doing because of people in line.  I had to drive past the line of cars and I had to wait for a truck to move up for me to get by and then had to squeeze between another car and the dumpsters.  I decided that I was not going to get Starbucks!  It was pretty insane.

Today, I went over there and looked and the line was long, but it was nowhere near what it was yesterday.  I was able to go and get a drink (blonde flat white) and head out.  I was glad to get something this time.  Their hours have been really weird lately.  I think they are having a shortage of workers and I think they had a Covid case and they were actually closed for a few days.  I hope all the baristas are healthy and stay safe!  I love my local Starbucks baristas!

I went to Starbucks today and tried another new drink.  The new one is an almond milk honey flat white. How is that for a mouthful! It wasn't bad at all.  I think I might like it better than the pistachio latte. The more I drank, the more I liked it.  At first, I wasn't sure, but it grew on me.  I would probably try this one again.  I went to Dan Daniel's park to sit for a bit since it was a little warmer today and I wanted to capture a few Munzees there. I took three pictures to share: 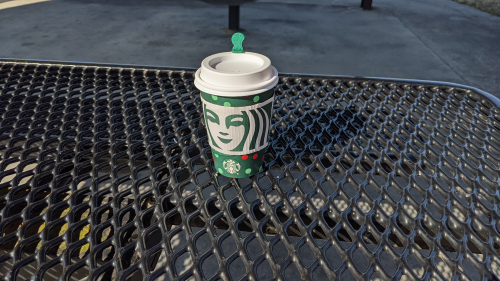 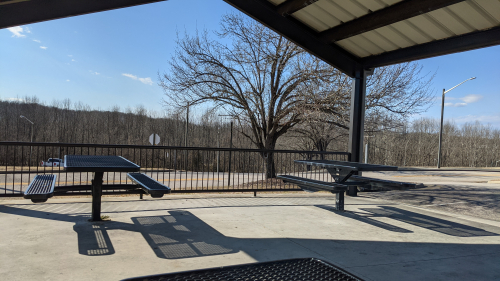 Nice, yes?  It was a good little respite in my day.  I finally heard from my hard drive support team! They are going to try to retrieve my data and they are going to replace the drive. That is wonderful!  I hope they can replace the data.  I am anxious to get the replacement drive so I can back up my current stuff.  I also want to be able to give the borrowed drive back to my friend!  Speaking of my friend, he had given me a nicer heater than the one I was using but it stopped working. He came a week or so ago and looked at it and it was working fine. It worked well for a few days and then did the same thing as before.  So I was back to the original heater that isn't very effective.  It heats, but it's not as powerful as I need for those really cold days considering it's the only heat in the house! (I keep my door closed at all times).  He brought me another little heater tonight.  It's about 1/4 of the size of the heater I usually use and it's warm!  I plugged it in and then rode with him on an errand.  I could tell a difference when I got back.  This is going to be good! I'm quite happy with it and hope it lasts.  I'm actually pretty toasty for a change.  That is nice!

I am on the third charger since I got this Macbook in 2010!  This one is now acting up and I'm going to have to replace it, too.  At the moment, I was able to get it to charge, but I don't know how long that is going to last.  It's crazy that I've had to buy so many chargers.  They really need to make them better!  I'd like to just get a brand new Macbook, but I don't have the money.  I don't have the money at the moment for a charger either.  UGH!

I noticed earlier that even though it was plugged in, it was not charging.  I wasn't able to get it to charge.  I worked on it and finally got it to charge.  I'm not sure if it will work for long, but I'm hoping it will hang on until I can get a new charger.  I really want a new Macbook! :(  If I thought it would work, I'd start a GoFundMe to get funds to get a Macbook!  I really, really need one.  When the Mac wouldn't charge, I tried to use both the Windows laptop and the Linux one.  They both just made me want to use my Mac!

In other news, I got in a good walk today.  It was warmer, but not really warm.  It was mostly sunny though, so that was nice.  I came home from my walk and relaxed a bit before doing my workouts.  I got those done and did my French.  My friend wanted to go eat today, so I went with him.  We went to one of our favorite local restaurants.  I had some delicious coffee.  Afterwards, I came home and called a friend.  She was outside walking the dog, so I walked up to see the pooch.  She is a miniature  Doxie and she is adorable!  I also needed to return a dish to them.  I tried my best to talk her into taking me to Starbucks, but it was a no go.  Phooey on her!

I did go myself a bit later.  I thought about getting one of the limited time Frappuccinos, but I ended up with a blonde flat white.  I've wanted to try a flat white for some time.  It was pretty good.  I usually like some flavor with my latte type drinks.  I probably would get this again, but I'd much rather have a flavored latte.  Still, it wasn't bad and the calorie count is only140 for a tall.  Not bad!  I still miss my cascara syrup. ;_;